As they cleaned out their lockers Monday afternoon, it was too soon for most of the Bears to be feeling better about their jolting elimination 18 hours earlier from the playoffs.

But, once they get past all the woulda, coulda, shouldas, all the plays they wish they had over and all the different decisions they wish they would have made, the Bears are likely to get pumped up about 2019 long before training camp begins.

“We're out,” CB Prince Amukamara conceded. “We didn't want this day to come so soon but I would say one thing: ‘A lot of guys are optimistic,’ and we're definitely excited and proud of ourselves for what we've built, and we're looking forward to next year. But I would say a lot of guys are still a little heartbroken from what happened yesterday.”

The Bears have plenty of firepower returning to help them get over their disappointment.

All five of their Pro Bowl players will be back next year, and the oldest member of the crew, Akiem Hicks, will be just 29. OLB Khalil Mack will be 28, CB Kyle Fuller will be 27, S Eddie Jackson will be 25 and RB-RS Tarik Cohen will be getting ready to celebrate is 24th birthday. All appear to be performing at the peak of their abilities or still approaching that level. The same can be said for almost every other key member of the 53-man roster. OT Bobby Massie, S Adrian Amos and nickel CB Bryce Callahan are scheduled to hit free agency in March, but this is a 12-4 team that could return virtually intact.

Not only intact, but just scratching the surface of its potential.

QB Mitch Trubisky will still be 24. Projected go-to WR Allen Robinson will be just 25 and coming off the most productive postseason receiving game (10 catches, 143 yards, one TD) in franchise history. WR2 Taylor Gabriel will be 28 and WR3 Anthony Miller just 24. The tight ends are also a youthful bunch, including Trey Burton (27), Adam Shaheen (24), Dion Sims (28) and Ben Braunecker (25). RB Jordan Howard will be 24.

The power in the NFC North has swung dramatically toward Chicago in just one season. The Packers, Vikings and Lions all have significantly more questions heading into the offseason than the Bears, whose only loss in the division this season was by one point at Green Bay.

“We set the bar,” coach Matt Nagy said. “I think anybody can say that we all felt like we grew as the year went on. We did get calloused, we did get stronger, and we did become a tighter family.”

Nagy said from Day One that he expected bumps along the road in a monumental rebuilding job and that his ability as a coach and the mettle of his team would be tested when times got tough. There were fewer bumps than expected, but the heart-breaking Week One loss to the Packers certainly qualified as a potential axle breaker. The Bears rebounded from that with three straight victories.

Back-to-back losses to the Dolphins and Patriots slowed the Bears’ progress, dropping them to 3-3. But they responded with wins in five straight games and nine of their next 10 heading into the postseason.

But, even NFL teams with most of its key players locked down, like the Bears, experience changes from year to year. Nagy’s Sunday night message to his disappointed players was that what they accomplished this year would make them better equipped to handle the inevitable disruptions that are part of the NFL.

“I just told them that the turnover between players and coaches, every year is different, and it’s a challenge,” Nagy said. “So the one thing we did is, we let everybody know who we are. Teams are going to know, and they’re going to feel it when they walk into Soldier Field. We can check that off.”

Before Sunday’s loss, the Bears were 7-1 at Soldier Field, losing only to the 11-5 Patriots, the only team with a better home record than Nagy’s crew.

RG Kyle Long, who recently turned 30, is one of the few greybeards on the roster, and he’s been beaten down by injuries in recent seasons but remains a force when healthy. With Massie potentially departing, the O-line could be a concern, but the others three starters could form a strong nucleus for years. LT Charles Leno is 27, C Cody Whitehair will be 27 in July and LG James Daniels doesn’t turn 22 until next September.

Long likes the progress made by the current team and their belief that they have plenty of room for improvement.

“We made tremendous strides as a group,” Long said. “We formed an identity. (But) we left some unfinished business out there. I think it was a great learning experience for us. We got a chance to see the tip of the iceberg with what we have to offer in regard to talent and knowledge of the game. Our youth is such that we're going to continue to develop.”

and then fangio left them 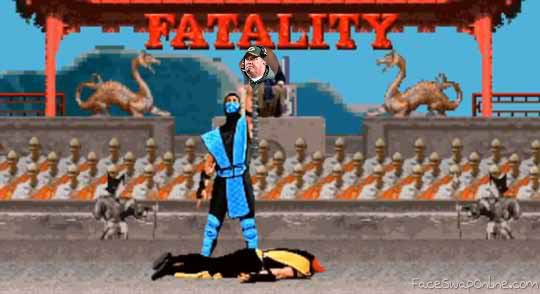 It's the first time in 7-8 years that I can honestly say, I can't wait for training camp, because of an unadulterated sense of anticipation and hope. Even with Lovie's later years, and a new unknown Trestman, there wasn't a sense that the Bears were DEFINITELY going to be good, or that this was the start of something special. I have that feeling, and I can't wait.

I will say. I had NO IDEA that Robinson was only 25 years old! I thought he was like 27 or 28. WOW! That signing looks even better. When Mitch had the confidence to throw to him in 1-on-1 coverage this year, he NEVER disappointed. He is a quintessential 'X' receiver, and should be Mitch's primary target next year. If they utilize him correctly, there's no reason he can't put up 1500 receiving yards in a season.
Top

Any article including Dion Sims as a future piece for optimism is automatically trash.
Top
Post Reply
4 posts • Page 1 of 1