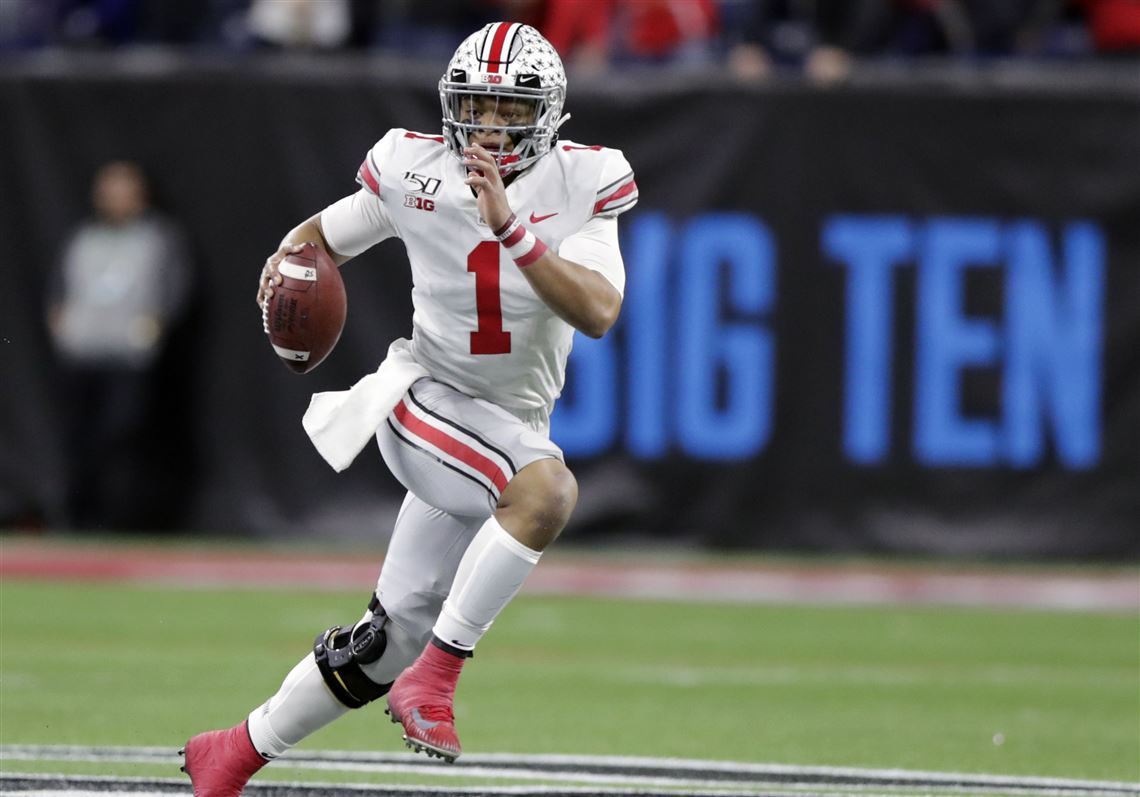 Strengths: Weaknesses: Summary: Coming out of high school, Fields was one of the top recruits in the nation along with Clemson's Trevor Lawrence. Fields then ended up at Georgia after a competitive recruiting battle. As a freshman backup to Jake Fromm, Fields was 27-of-39 for 328 yards and four touchdowns, plus he rushed for four more scores. Fields decided to transfer to Ohio State following that season because the Bulldogs were sticking with Fromm as their starter for 2019.

Fields was one of the nation's best players for the Buckeyes in 2019, dominating the Big Ten and leading them to a spot in the college football playoff. The sophomore completed 67 percent of his passes that season for 3,273 yards with 41 touchdowns and three interceptions. He also ran for 484 yards and 10 scores.

Fields turned in a number of uneven performances across Ohio State's limited 2020 schedule. He dominated Nebraska, Penn State and Rutgers, but he struggled against Indiana and Northwestern. Fields then played well in the college football playoff, leading Ohio State to a win over Clemson and putting up a respectable outing versus Alabama. In 2020, Fields completed 70 percent of his passes for 2,100 yards, 22 touchdowns and six interceptions. He had five rushing scores as well.

As a passer, Fields has a lot of ability for the next level. He can throw the ball accurately, showing rhythm and anticipation. Consistently, Fields locates his passes well, placing them in position for his receiver to make the catch and pick up additional yards. Fields has a quality arm and can push the ball vertically, but he does not just fire fastballs, as he throws a very catchable ball. Fields demonstrates good feel, lofting in touch passes and throwing flat. He is an aggressive quarterback who challenges defenses downfield. Fields will need to learn to utilize his check downs more as a pro, however, because not using those open options led to numerous poor decisions in 2020

Overall, Fields does a good job of protecting the football and avoiding interceptions. He typically makes good decisions, and with his ability to locate the ball, he does not regularly provide a defense with the opportunity to take the ball away. Fields does a nice job of moving his eyes while scrambling and is cognizant to look downfield for receivers uncovering. When he gets rattled by blitzes though, he can drop his eyes. For the most part, Fields does a respectable job of seeing the field while moving. He also throws accurately on the run.

In terms of his ability on the ground, Fields reminds me of Deshaun Watson in terms of shiftiness, quick feet, and elusiveness. Fields can juke and dodge defenders in embarrassing fashion with his burst to accelerate into space. On top of his feet and quickness, Fields has a sturdy build that gives him the strength to create a push in short-yardage situations. In the NFL, Fields won't be a runner like Lamar Jackson, but his mobility could be similar to Watson's or Dak Prescott's.

There are definitely some major areas for improvement for Fields for the NFL. He has to improve his pocket awareness and not panic with the rush bearing down on him. Fields can get rattled by the pass rush, and blitzes can cause him to freeze in the pocket. Improving his ability to pass from the pocket while under heavy pressure is the No. 1 aspect that Fields must improve upon for the NFL.

Fields is raw and enters the league having only started 1.5 seasons, so some of his developmental issues are understandable. Considering his limited experience as a starter, his field vision has a good starting point, but it needs to improve for the NFL. Fields needs to speed up the process to work through his progressions and be quicker at reading coverage. He won't have as much time in the pocket in the NFL compared to what he had at Ohio State. Fields can hold the ball too long sometimes, and he got away with it because of the competition. There were also plays where he needed to take the short completion to open underneath receivers or the check down rather than forcing riskier throws downfield. Related to the vision, Fields needs to improve his knowledge of defenses and blitz recognition. He can have problems when facing heavy pressure and can get rattled by blitzes - see Clemson in 2019 and Indiana and Northwestern in 2020. NFL teams will blitz him heavily until he shows he can burn the blitz. Fields should be able to improve on all of these issues with more experience and coaching.

With his skill set and passing ability, Fields has the tools to be a franchise quarterback and a good NFL starter. He could use more development, so going to a good coaching staff will be critical for him to pan out as a pro.

Player Comparison: Deshaun Watson/Dak Prescott. Some team sources say Fields is built like a thicker Deshaun Watson, and others say he has a build like Dak Prescott. Many forget that Watson had some uneven performances in his final year of college. I think Fields could be similar NFL quarterback to Watson, while some team sources comped Fields to Prescott.
"None of us are in the board room, locker room, or on the sideline, so in a way, we don't know shit."
- Otis Day
Top

I.
Am.
Giddy.
KFFL refugee.
Fornerly MotML Great Sept Embers. I accept all blame for the shape the team Umbali inherited is in.

I can live with the cost, let’s hope he’s the real deal
Top

i love all you guys.
Top

and we still have our 2nd and 3rd round picks! Please let the OTs keep sliding!!!!!
Top

What was the trade?
Top

Hell to the YES
Top

20, our fifth, our first next year, and a 4th next year. Not too bad at all to get a good QB. At least we did not draft Lance 3rd and give up at ton!
Top

I didn't think we'd have a chance to get him without mortgaging the future. Price was a little higher then I hoped but not disappointed.
Top

Excellent pick and really played well. He didn't panic and trade up too far. He got a scare when Philly traded up and he waited, found his partner, and got our man. Really had no thought we could get Fields. Very excited. Atta boy Pace.
Top

#Bears sent #NYG 20th pick, 5th round pick this year, 2022 1st round pick and 2022 4th round pick.
KFFL refugee.
Fornerly MotML Great Sept Embers. I accept all blame for the shape the team Umbali inherited is in.

What was the trade? I can’t find it?

Though I wanted an OT, felt that if someone fell into that range the Bears definitely needed to take a shot at a move up. They did the right thing and am finally pleased with their decision.

Please someone let me know what the bears gave up. Lol
AC 46Blitz
Top

I didn't expect him to be there at 11, so I like this pic quite a bit. A lot more to work with than Mac jones. Could be the 2nd-3rd best QB of the draft so increasing the value potential.
Top

Might take some heat for my statement outside this message board, but think he can develop into the best QB of this class.
AC 46Blitz
Top

So a our first this year, a fifth this year, our first next, and fourth next. Pretty reasonable. Now get a damn OT next pick.
Top

So much for the QB1 for Dalton, hahahah
Top

I don't think so. I believe they want him to sit as a rookie.
KFFL refugee.
Fornerly MotML Great Sept Embers. I accept all blame for the shape the team Umbali inherited is in.

well, this was the Pace "gotta save my job" hail mary trade I was expecting ... not as expensive as it could have been, so am happy about that ... also happy it was Fields as the target ... my only question is Nagy's ability to use him properly ... as an alleged QB guru, Nagy is very deficient

so does this mean Dalton just got the Glennon treatment? signed as a smokescreen?
"Don't sweat the petty things and don't pet the sweaty things."
George Carlin

I guess. I read somewhere that whoever takes him should sit him his rookie year. I’m gonna get into some OSU film, never thought we’d get him
Top

Nah, not really. Dalton only signed a one-year deal, and I believe they want him to start. His goal is to play well and get a new contract somewhere next year.
KFFL refugee.
Fornerly MotML Great Sept Embers. I accept all blame for the shape the team Umbali inherited is in.

Great athlete. Anybody want to see his senior in high school year, it’s on QB1 on Netflix. 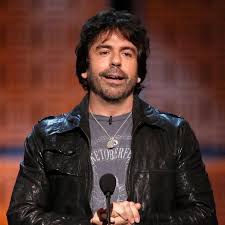 The universe is under no obligation to make any sense to you...
Neil deGrasse Tyson
Top

4/26/21: After the trades of top-10 picks, Fields looks like a lock to go in the top 10 and could be a top-three pick. In this writer's opinion, he is the second best quarterback in the 2021 NFL Draft, behind only Trevor Lawrence and ahead of Zach Wilson, but Wilson will get drafted ahead of Fields in part because Wilson is more ready to play. Some scouts feel Fields is about equal with Lawrence in terms of athletic upside and playmaking potential for the NFL. Fields put together an excellent pro-day workout that showed off his great speed, athleticism, and passing ability.

Fields is a dynamic runner and athlete who a great skill set that includes a strong, accurate arm and some natural passing ability. He still needs a lot of work with pocket awareness. He has to improve passing the face of the rush, handling the blitz, taking check downs instead of forcing passes into coverage downfield, and anticipating receivers coming open rather than waiting to see them come open. That being said, Fields has a lot of talent to work with and is worthy of going as a top-10 pick.

Fields dominated Nebraska, Penn State and Rutgers in 2020 before coming through with one of the best games of his career to beat Clemson in the college football playoff. He had ugly games against Indiana and Northwestern, illustrating he needs development as a pocket passer. In 2020, Fields completed 70 percent of his passes in 2020 for 2,100 yards, 22 touchdowns and six interceptions. He had five rushing scores as well.

8/29/20: Fields has a dynamic skill set with natural passing ability and is a dangerous runner. He is an accurate quarterback with a strong arm, is aggressive to push the ball downfield, and is a playmaker with his feet. In speaking with some team sources, we agreed Fields looks like a bigger Deshaun Watson. Fields needs development and refinement. He especially needs to improve at executing when faced with heavy blitzes.

Fields was one of the top recruits in the nation alongside Trevor Lawrence. To start out his college career, Fields played at Georgia before transferring to Ohio State. In 2019, Fields took over as the Buckeyes' starting quarterback and dominated. The sophomore completed 67 percent of his passes on the season for 3,273 yards with 41 touchdowns and three interceptions. He also ran for 484 yards and 10 scores. In Fields' one season at Georgia, he was 27-of-39 for 328 yards with four touchdowns passing and four touchdowns rushing.
Last edited by docc on Thu Apr 29, 2021 10:40 pm, edited 1 time in total.
Top
Post Reply
199 posts