What's crazy here is that they have the following players on our roster listed as "Below Average", under 70.0:

EDDIE JACKSON
ROBERT QUINN
Roquan Smith
Danny Trevathan
Kyle Fuller
Tarik Cohen
....and many more that could be argued are below average, including our ENTIRE OL (thx Pace)

That is a joke! The talk about how Quinn is an upgrade over Floyd, but if you look at Rams (ranked 22 just below the Bears) Floyd has a higher grade than Quinn.
Top

True, but there's a lot of fodder out there for motivation for this team. I think we were a little full of ourselves last year, no way that happens this year. According to PFF, we're behind the Lions talent wise.
Chuck Pagano's defensive rankings in 6 years with Indy: 26th, 20th, 11th, 26th, 30th, and 30th.
Top

I like the Bears' roster. I don't think I'm delusional. I do agree Oline is now the most conspicuous weak spot. But even there I expect dramatic improvement both by players playing better and coaches and players doing more/better to help them.
Run the Damn Ball
Top

I saw the link. Refused to click on it. Still refuse. 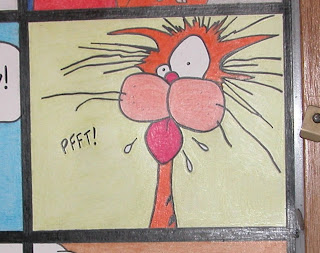 PFT lives in a world where James Daniels is better than Cody Whitehair, Eddie Jackson, Kyle Fuller, Roquan Smith, Danny Trevathan, and Robert Quinn, and one where our second round rookie CB is considerably better than our veteran number one CB.

PFT has always been crap.
Top

I am actually ecstatic that the Bears are getting no love this season. Last year we were kind of full of ourselves and started off the season out of sync. It seems like the Bears do their best when no one believes in them, and this defense is STACKED!!! I personally think this will be a breakout year for Roquan Smith, and unfortunately Fuller seems to always get over looked (kinda like Tillman used to).
Top

Probably directly correlates to the shittiness of the QB play last year, and the uncertainty of players returning to form from previous injuries / down years.
I will kill you if you cut me at the knees. You will drink with me when invited and stay til I say so. We only listen to American Music. I make men nervous with just my presence. I expect an apology if you hold. I throw linemen at QB's. Believe the Lore!
Top
Post Reply
10 posts • Page 1 of 1